This is one of the most famous sentences ever said in the world, quoted in W. Shakespeare’s  Hamlet . A sentence  which was pronounced by a young British boy, acting the role of Hamlet in Teatro Massimo in Benevento on 22nd  March.

After a short journey to the theatre , some classes from I.I.S. “Telesi@” ( 1aL1, 2aS1, 3aS1, 1aES, 2aES, 3aES) enjoyed a very nice musical about the well-known Shakespearean tragedy Hamlet.

The six actors were young and really talented. They did not simply limit to act their roles, but they also sang and danced in such a pleasant way that the songs appeared to be the core points of the play. The songs indeed were taken from albums of some famous singers, such as Pink Floyd, Madonna and Queen. For instance, the one  which proved to be much more involving was the renowned “We will rock you” by Queen, sung by the actors in the middle and at the end of the play. But of course even the other songs were amusing and interesting…and all was so unbelievable…really unbelievable!

So you may easily infer that we all had a good time, even when we asked some questions to the actors – obviously speaking English.

In conclusion, this little experience was very satisfying and deeply inspired by the expression “ to be or not to  be” 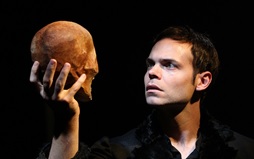 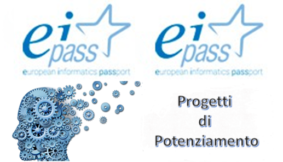